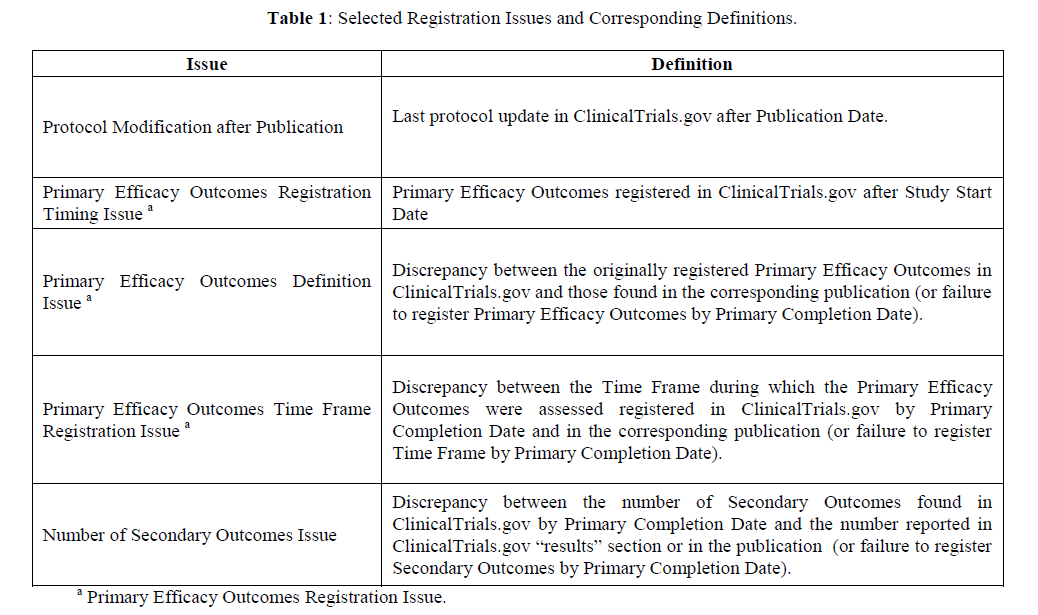 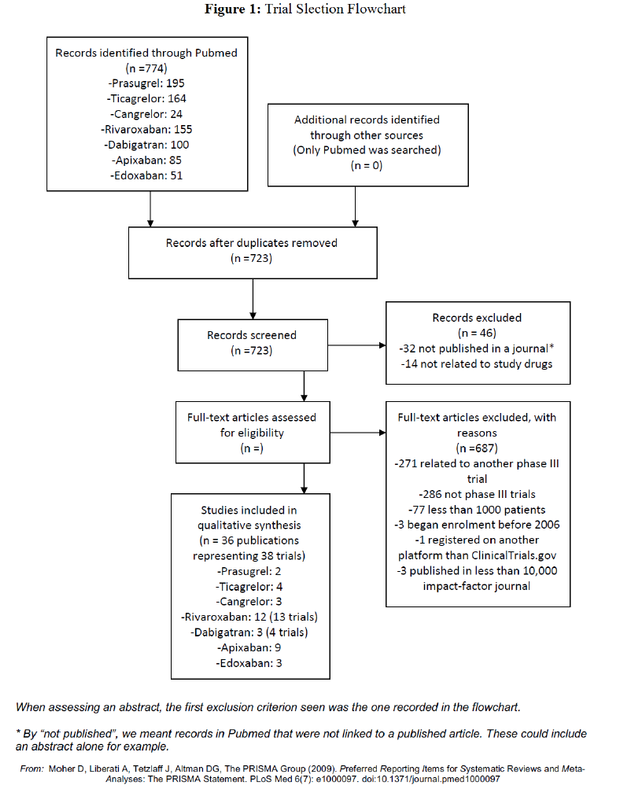 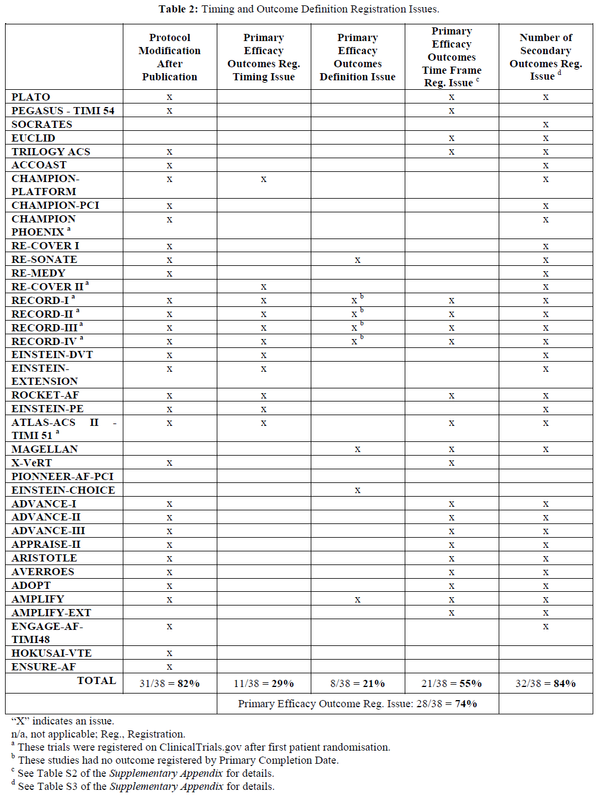 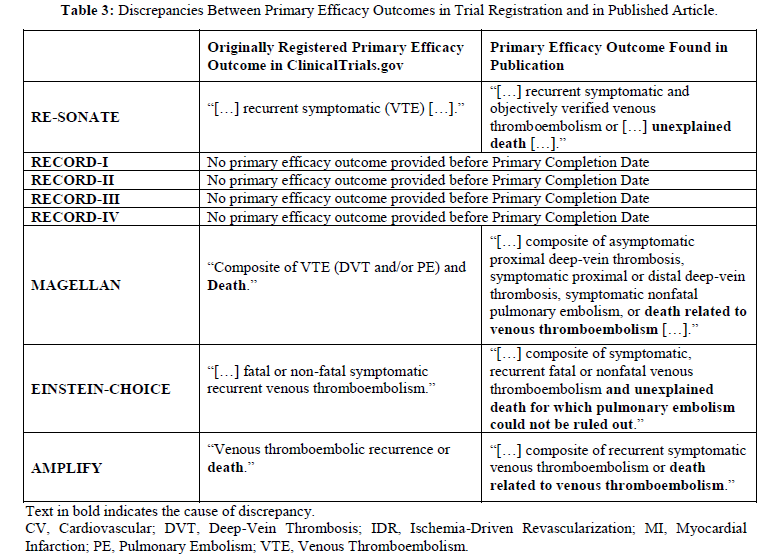 Discussion
This study assesses compliance to ICMJE registration guidelines in a sample of major practice-changing trials of antithrombotic drugs. Most importantly, 74% of the of the studied trials presented Primary Efficacy Outcomes Registration Issues. We also found that a majority of records were updated on ClinicalTrias.gov after the trialâ€™s publication. We believe most of these changes to be clarifications of minor issues that have no bearing on study results. Finally, the high discrepancy between the Number of Secondary Outcome registered in ClinicalTrials.gov and in the corresponding publications might be explained by the fact that some of the published Secondary Outcomes are actually exploratory or ancillary analyses. In some occasions, modifications in the protocol of ongoing trials are done and are legitimate as long as they are properly explained and justified.
Major protocol modifications have occurred in the past while trials were ongoing. We have no reason to believe that the discrepancies detected in this study reflect an intent to deceive readers. We do not know whether the eventual results would have been different from those published if the outcomes initially registered in ClinicalTrials.gov had been used in the publicationâ€™s statistical analyses. We are aware oof the complexity of trials registration especially in the case of multicentric international studies. Our study has some limitations. As we used a convenience sample, our results cannot be generalized to the whole world of clinical research. We did not analyse protocols published separately by investigators since the purpose of this study was mainly to assess the compliance with the ICMJE registration guidelines. Moreover, we did not conduct any analysis to estimate the risk of outcome-reporting bias and its eventual effects on the results. Finally, some outcome modifications could represent clarifications having no effect on the results. In this regard, no conclusion regarding the effect of the registration issues on the trialsâ€™ validity can be done.
Prospective outcome registration is instrumental to prevent outcome-registration biases in randomized controlled trials. Proper clinical trials registration offers transparency for physicians and could impact on clinical decisions. This study underlines that the evaluation of the outcome-reporting bias while assessing a trial can be difficult for physicians. Despite requesting compliance with ICMJE registration guidelines, our results suggest that high impact factor journals still publish phase III trials that are inadequately or incompletely registered.
Knowing this, a further study is needed to assess whether specific outcome registration issues are associated with statistically significant results and to assess the risk of an outcome reporting bias for a given outcome registration issue. Moreover, comparison with prior trials could then be done to analyse the evolution of the problematic in time.

Funding: This research received no specific grant from any funding agency in the public, commercial or not-for-profit sectors.

Conflict of Interest: The authors have no conflicts of interest to declare.